When we first moved into our house 4 1/2 years ago, Our youngest daughter was about 4 or 5 weeks old. We decided that we would store anything that wasn't necessary to daily life in a bedroom upstairs that we weren't using, until I was able to organized and arrange stuff. We knew that we would remodel the room for our daughter, someday.
Last summer we decided that someday was now. We are still not finished. Probably if we were a normal family who just wanted the old paneling (this room was once a gun display room) and plaster removed and new drywall up, we would be finished by now, but that isn't my style.
We decided that our two younger girls would be sharing the bedroom, so in order to make more space, I decided to have the beds framed into the walls.
I drew up plans and everything. I have been drawing plans for houses since I was a child, mostly they included rooms for my pool and in-house McDonalds. I would proceed to give these plans to my father and tell him that when I was old enough he had to build them for me.  So that fact that the plans for this room are actually being carried out is quite a MAJOR accomplishment for me.
The room is still a far cry from being finished. We have only been working on it in our spare time, which is almost never, but I am already so excited to share it with you. 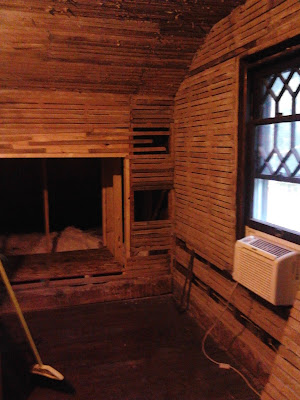 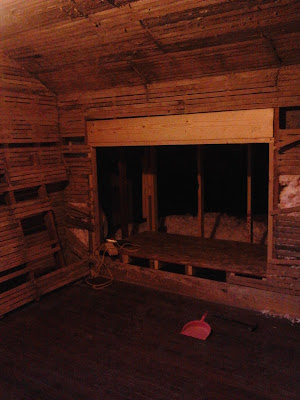 You are probably thinking wow, what a mess, but just wait till you see the finished product. I hope it comes sooner than later!!!!
Posted by eleciascreativei at 3:08 PM

Email ThisBlogThis!Share to TwitterShare to FacebookShare to Pinterest
Labels: Stuff you didn't really need to know